Gender equality in salaries starts with us 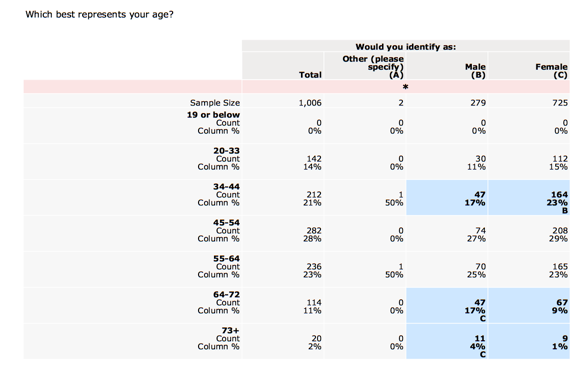 Years ago, I was the only male on a fundraising team. In a staff meeting, we were talking about hiring a new position. The staff kept calling the prospective person “her.” So, being an advocate of gender equality, I playfully inserted, “Or him!”

Their answer floored me: “Oh no, Marc. It will be a woman. We can’t pay enough to hire a man.”

I was floored. And disgusted. Women were accepting that they were being paid less simply because of their gender.

All those years ago, I naively believed that equal work deserves equal pay.

Early in our careers, we aren’t able to do much more than be a vocal advocate and “vote” by not accepting positions that institutionalize sexism. But now as we grow in leadership, we get to be the change we want to see in the world.

And we’ll need to. Or we will have to deal with our nonprofits closing their doors.

Look at this chart from the data collected for the Nonprofit Sector Leadership Report. We looked at the ages of the men and women who answered the survey. (The blue indicates a statistically significant difference.) Notice that the percentage of woman vs men are increased as the ages get younger.

The demographics indicate that as the current cohort of nonprofit staff retire, more and more women are going to be assuming leadership in nonprofits. And these women won’t choose to work in sexist organizations. (For what it’s worth, men shouldn’t either.)

Will you join me in making sure our boards have the integrity to offer equally qualified people equal pay, regardless of their gender? I am embarrassed that I even need to ask. But according to SOFII’s recent post calling fundraisers to push for gender fairness, there is still a lot of work to do.

As nonprofit leaders, let’s start now. As positions open, let’s honestly look at what the position is worth to the organization, regardless of the gender of the employee. As our boards talk about hiring CEO’s, let’s be questioning their implicit salary and compensation assumptions.

And if you need to learn how to ask for the salary you deserve, check out the sessions of the Fundraising Career Conference and the “You Deserve a Raise” session at The Nonprofit Academy.

It’s time to stop hiding institutional sexism behind the excuse of a tight nonprofit budget.

It’s time to be the change we want to see in the world.