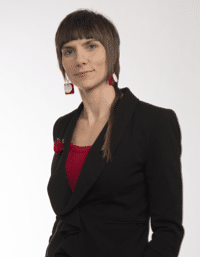 Ashley Belanger is the Executive Revolutionary of the Rhode Island Urban Debate League. Yep, “revolutionary.” In this episode of Concord Leaders, Ashley shares how titles can help people grow into their best roles. And the importance of having a “professional pit crew.”

You can learn more about Ashley’s work and RIUDL at http://riudl.org/

Marc Pitman:    Welcome to the Concord leaders podcast, I’m Marc Pittman the CEO of the Concord Leadership Group, today our guest is Ashley Belanger, she’s the Executive Revolutionary of the Rhode Island Urban Debate League. Ashley, I am really excited to have you on the call today.

Ashley Belanger: Thanks so much for haveing me Marc.

Marc: I love your title.  You are the first executive revolutionary that we’ve had on (laughs) on the podcast. what’s the story behind that?

Ashley: I guess it kind of spawns from conversations that I was having with a number of our volunteers and board members and students that we work with about like, really why it is that we are doing what we are doing. We are a social justice organization using academic debate as a strategy and I think, there is something about the way we are working and the way we are thinking about the work that it doesn’t necessarily come across when you say the title of our organization or when you think about academic debate, and so we’re really thinking about feeding an educational revolution rather than just you know, like training students in policy debate, we are training student who are going to go out and shape the world.

Marc: That is great. What a creative use, an effective use of the title. When you are Rhode Island Urban debate league, may conjure up so many different images for different people but you’ve, that’s wonderful. Let me ask you what do you like about leading, being a leader, being an executive revolutionary?

Ashley: This is actually something that I hadn’t thought about before that is really tied to the title because everyone in our organization has interesting titles and, the thing I think I enjoy, I don’t know about most, there are lots of things I enjoy but, one of the things I really enjoy about leading is fostering leadership in others and witnessing people having those sort of ah ha moments when they realize that what they are doing is valuable, that they have something to contribute, that you know that they, you know they, they have power, whether that’s our students our staff, our volunteers etc, and that’s actually part of the shifting our titles and the way we kind of think about what it is we’re doing and so, our program manager is a revolution aviator (laughs)….

Ashley: …and so really like she’s piloting a revolution and I think you know giving people, really, it’s about and often with myself too, it’s about giving people permission to do their best work.

Marc: Wow, I love that. Are there other titles that are there?

Ashley: Yes, we have a youth program council and they did some really awesome work over the summer thru a summer jobs program that our mayor offered kids in the city and they are the revolution navigators. And then we have a student intern, we’re still playing with this one but it’s. it’s either going to be like organizational jet pack

Mac: Perfect, instead of intern

Ashely: yeah! And we had a…

Ashley: ..I mean I, one of my favorite subjects is social psychology and you know and there’s a lot of research about what naming can do for a person and if we’re able to see ourselves as, even like bigger than we are more likely to behave in that way.

Marc: Yes. Well and that’s, when it comes to storytelling I know that that’s helping people, I hadn’t put it in terms of naming which my wife and I have felt is really significant thru our, our lives. But helping people identify the character they most resonate with and helping them see themselves in a bigger way because it’s a character in a story it’s not just little old me, it’s like, I resonate with the person, wow! I’m just, scribbling a whole bunch of notes, I don’t normally pause this much but thank you Ashley this is really cool. I love to also ask my guests, just when was a time you tried to, to effect change or doing something as leader and it didn’t work out the way you had expected. How did you handle it?

Ashley: I think probably, one of the greatest challenges in my leadership trajectory in this job was when we finally raised enough money to hire our first employee besides me to manage our program and it really didn’t work out (laughs)

Ashley: and that was like an emotional journey it ended up being, you know I was so stressed out because the position was also taking on a new project. We had just received funding to work with two of our partner schools to bring debate to the class room a cross these two schools, so I really could not do this by myself and it was, it was really really hard. So, what I did, was your question right? how did I handle it?

Ashley: One of the most useful tools for me, in my leadership position, especially, you know as a ED I hear a lot of other ED’s talking about kind of being lonely at the top and not necessarily having the kind of colleague, you know you can go to and bounce ideas around with and so I’ve developed a network of those people whether they are executive directors or serving in other capacities in other organizations  with more experience than I have, with different experience than I have, and at the time I actually had a really wonderful board chair who was just like a really practical guy and a really calming presence and so I reached out to him for help and when I was able to just say some of the stuff out loud and kind of recognize where it was hitting me which was more like an emotional level than anything and causing this sort of panic like, oh my God, how are we going to meet our obligations to these schools and to these young people etc. How am I going to survive this? Talking to someone else really helped. Having someone who said, is there any reason why you can’t just hire someone just temporarily? You don’t have to make a long-term commitment. Can you hire someone part time to fill the gap until we have time to do an appropriate search process for the permanent position.

Ashley: So, I did that. The other thing that I did which was really critical for me in that moment, actually not in that moment but it’s a related piece, I bought, are you familiar with Seth Godin?

Marc: Yeah in fact that’s how I got my start talking is thru Seth Godin’s stuff for nonprofit speak back in the late 90’s.

Marc: Because people didn’t like sales and marketing (laughs) so

Ashley: Yeah so, I had his book, The Dip: When to quit and when to stick with it….

Ashley:  …a long while before. I decided this was not the time to read it.

Ashley: But I think I bought it then and when I read it, I was hoping for it to tell me to quit…

Ashley: …you know I was, I want this to, but in fact I had the opposite experience in realizing you know he describes three types of curves, two of them lead to the same destination which is nowhere, and one of them leads to being the best in the world whatever your world is there’s no mass market so think whatever your, your little world is, and I had this moment where I thought, oh no we actually could be best in world, it’s worth sticking with it. That’s sort of part of finding other inspirational leaders and mentors and folks who support me and some of them I find you know thru writing and thru the web and in unexpected places too.

Marc: I love that, that’s really great how you were able to have the awareness to build that, that network so you could turn to someone. I love your, also your processing in realizing, I think a lot of us as leaders, it hits emotionally in weird places and we see the presenting symptom as, this employee isn’t working out or this situation isn’t working out. But we don’t take the reflective time to look back and say, why does this mean I’ve failed? It’s just not working out, it’s not…

Marc: …a moral indictment on who I am as a creative being (laughs) so that’s really

Marc: Thank you so much for, for sharing this, im really super excited about how people are going to take this idea of looking at titles as a way of giving permission for people to excel. And I know that we’ve had numbers of leaders on the podcast that have talked about the importance of, almost combating the kind of, expected isolation of our organizational structure by reaching out and creating networks but, if there were one thing, if you would recommend someone to do something right now after listening to this podcast, what’s the one thing that you’d suggest that they do?

Ashley: So, I would say, one thing that I did when I was at one of my lowest points was, I made a word document that’s you know, in my drop box, that’s just my professional pit crew. And I made a list…

Ashley: …of all the people in my life who I can reach out to when I’m having a hard time and I just keep it there. So,

Ashley: you know, to do that, (laughs) because it’s hard to remember, you know when you’re in that space of like, I’m failing, I’ve failed, you know this thing’s not working out, that when I pull out the document. And whether it’s like, oh wait I’ve got all these people, you know I’m not doing this alone, or it’s, right now I really don’t feel like scheduling meeting with any of these people, and therefore I’m going to, because I know that by the time I get to the date of that meeting I will be really grateful that I’ve scheduled it, so that’s I guess there’s two things. One, go make a list of your professional pit crew and two, is the next time you’re feeling down schedule a meeting with at least one of them.

Marc: Nice, I love that!  My wife calls those life givers, she says there are certain people you talk to that you always come back, you come home refreshed from, figure out get that list of those life givers. But I love the pit crew, that’s a really good way to put it. Ashley thanks so much for being here, where can people find out more about you and the Rhode Island urban debate league.

Ashley: It’s R I U D L dot org, our website is not looking so hot these days, there’s another one coming soon on the back end that’s just beautiful and follows all the contemporary best practices in websites, but there’s definitely some information up there and we’re also on Facebook.

Marc: Great, thanks so much and I know people are going to want to listen to this episode like all the episodes again and again and this episode with the others will be always available to be found at the concord leadership group dot com slash podcasts, until next time remember healthy nonprofits start with healthy leaders.