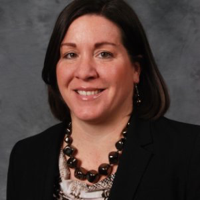 Maggie Morrison is the executive director of the Chicago Foundation for Education. In this episode of Concord Leaders, you’ll learn how a newer executive director learned to collaborate with the board in a way that reinforces her leadership, not weakens it. We loved her reminder to have patience and believe in yourself. And how systems can help prevent bad surprises.

You can learn more about the Chicago Foundation for Education at http://cfegrants.org/

Maggie Morrison: Thank you. I really appreciate the invitation, and am looking forward to the conversation.

Marc Pitman: You and I have worked together. I have been impressed by what I’ve seen in your leading the Chicago Foundation for Education. I’m wondering what is it that you enjoy about leading?

Maggie Morrison: I think Marc what I enjoy most about it is the challenge. You know I’m relatively new still in my role. I’ve been the Executive Director at CFE for two and a half years, and have some other leadership experiences more in sort of mid-level roles. But where I am now I have lots of opportunities to understand sort of all aspects of the organizations function, to be involved in lots of different discussions about strategy, and also the execution of our mission. So I find that variety really exciting and interesting, and I’m not a person who would enjoy sort of sitting at my desk doing the same thing over and over again.

Marc Pitman: I think we share that in common. One of the things that I like to ask is where has there been a time in leadership that it just didn’t go the way you expected, and how did you face that as a leader?

Maggie Morrison: What I’ve heard in some of the previous podcasts made me feel a little better about my experience because I think I’d have to say often I have experiences where things didn’t go the way I expected, and sort of speaks to my desire for challenge, but sometimes not in the best way. I think the moment that stands out the most for me is a time almost exactly a year ago, maybe a little bit less, when I proposed a budget to my board and found out at the very last minute that some of the board leadership was unhappy with it. So had to sort of take a step back in a very short period of time, revisit the process for the finance committee and the treasurer’s review, explain some of the issues that I thought were obvious that it turned out had not been to people who were important stakeholders and decision makers in the organization, and had several moments of panic. Thinking wait, here’s this budget that I’ve worked really hard on, is it not going to get approved, and if that happens what is the outcome. What are the next steps.

Marc Pitman: Wow. I mean it’s always a shock when you find out what you thought was clear wasn’t, or what you thought was status quo or accepted wasn’t. What are some things that you did to kind of smooth over those relationships, or help educate, or going forward what are some of the strategies you’ve done to make it so that you don’t get caught again like in that awful situation?

Maggie Morrison: That’s a great question. I had to sort of think it through because of course it all happened very quickly, and then the outcomes were pretty organic. I don’t know that I had taken the time to really delineate here’s exactly what we did, and then how we’ve moved forward from there. But we had several pretty difficult conversations, and got through it really with the help of a really visionary board chair, who understands I think some of the existential challenges that the organization was facing at the time, and was supportive of working through it, and really respectful of everybody’s perspective. I often tell him how much I admire his diplomatic skills.
So we got through sort of the immediate challenge, and have had some really great follow-ups from that. We have now sort of a more structured schedule of committee meetings in particular with the finance committee meeting. So that whole group has the opportunity to weigh in on things throughout the year and not just at the last minute during budget time. As part of that we’ve implemented a much more rigorous budget development schedule. So I actually owe a first draft of the budget to my chair in two weeks for a fiscal year that starts in July.

Maggie Morrison: Then on top of that it spurred some board member who were concerned about and interested in fundraising to get more involved because part of the challenge was do we have enough resources coming in. Do we expect enough resources to come in to fund the budget that we believe we need and would like to have. So I think that’s been, for me, sort of the best and most rewarding piece of it is that other people are taking ownership now in a way that they had not previously.

Marc Pitman: That’s excellent. Talk to me a little bit about that if you could. I was just at a session at a conference listening to an attorney talk about board CEO relationships with non-profits, and having to steward a board through growth that most executive directors have to do because things change and you’re the subject matter expert of your cause, your non-profit. How have you helped them get engaged more in fundraising in a way that’s helpful? Are there any tips that you’ve learned, or that they’ve brought to you? I mean it’s a collaborative effort, it’s not committee control I know that.

Maggie Morrison: Right. Very true, and that’s been the most important piece of it really. Is just not sort of dictating from my place in the executive’s role here’s what you the board needs to do, but engaging people in dialogue about what are they comfortable with, what are they willing to do, what do they have time for, and then holding people accountable. In a gentle way, but in a way that says I can’t do this by myself and I really need you to engage if we’re going to be successful together.

Marc Pitman: That’s very interesting to have that aspect of I can’t do this by myself. Not be a sign of weakness, but be a sign of it’s a strong leader.

Maggie Morrison: Well I certainly hope that’s how it comes across, but it is definitely a work in progress for us. One of the, just to give you an example of one of the ways that the board has engaged is we had a board member who really almost from the beginning of my tenure, we had been talking about doing a sort of a cocktail party, house party type of event to start to build our network. Finally, after a lot of asking and prodding, and encouraging, that person hosted an event the first week of December. We pulled it together without a ton of time. I think we had about a month of planning time involved, and it worked out perfectly.
We had about 50 guests. It was a nice mix of board members and people who had connections with us and knew people who were getting to know us, and have now expressed an interest in getting involved. Many of them gave, and hopefully will continue to give with some additional cultivation. So I think it was a really wonderful first step, which now has encouraged that person to say hey maybe we could make this an annual thing. Wonderful, especially in an organization that doesn’t have an annual gala or fundraising event. That kind of anchor is important I think. But other board members have also looked at that and said hey, maybe I could do that too. It’s a really great start I think.

Marc Pitman: I love that about boards that think oh, that’s how we can do it. Good for you. Well I know that a lot of people listening to this are in their role, kind of in the one to five year of their role. Are there specific things that you’d recommend to people on the newer side of the executive director leadership role when they finish listening to our conversation?

Maggie Morrison: I have sort of a laundry list of things that come to mind. There’s a lot, but I think as much as anything it’s really have confidence in yourself and your abilities, be patient, and really to the extent that you can understand the organization. Because I think coming into this role this is an organization that has been around for a relatively long time, I think we’re entering our 32nd year. So my sense was that it was very well established, but you know having been in the role now for a while it’s clear that that’s not the case. In a lot of ways it is a small organization, much more sort of startup oriented then I would have expected. For the first 10 years of its history it was an all volunteer organization. The evolution to a more mature organization with a more hands off board is still happening.

Marc Pitman: Interesting. Well said. I think there are a lot of people that could relate to that. That’s really cool. Maggie I know personally, just from our past experience, we could talk for hours, but I want to respect your time. Thank you so much for being interviewed and a guest on Concord Leaders. Where can people find out more about the foundation, or more about your work?

Maggie Morrison: Our website is probably the best place to start, www.cfegrants.org. My email and phone number are there as well if anyone wants to reach out. I’d be more than happy to talk one on one.

Marc Pitman: Thanks so much. As I always say, everybody’s going to want to listen to this a lot of times because there were so many nuggets that were packed into the, and to your answers. This episode, and all episodes, of the Concord Leaders podcasts can be found at https://concordleadershipgroup.com/podcasts/. Thanks so much for joining us today Maggie.

Maggie Morrison: It was my pleasure. Thank you Marc.